What Does Blood When I Cough Mean?

Hemoptysis is commonly known as coughing up blood. Seeing even a little bit of blood in your phlegm or sputum can be very unsettling. This is because coughing up blood almost always mean an underlying condition.

But take note that the severity of a condition will be based on how much blood you coughed up and how long you’ve been coughing it up. The blood you expel might come from your lungs, nose, upper airways, or throat.

Things to Watch Out For When Coughing Up Blood

If the blood is bubbly, it probably came from your respiratory tract or lungs since it’s been combined with mucus and air in your lungs. It can be colored bright red or rust. Your sputum might only have blood streaks combined with sputum or significantly tainted with blood.

On the other hand, bleeding inside your mouth, such as when there’s a cut or gum disease, is very different because you will only notice blood after eating or brushing and flossing your teeth.

When to Get Emergency Help

It is immensely vital that you consult your doctor the minute you see blood in your sputum because it might indicate severe respiratory disease. But you should get to your local urgent care center in Lehi for emergency help as soon as possible if you experience these warning signs:

Why You’re Coughing Up Blood 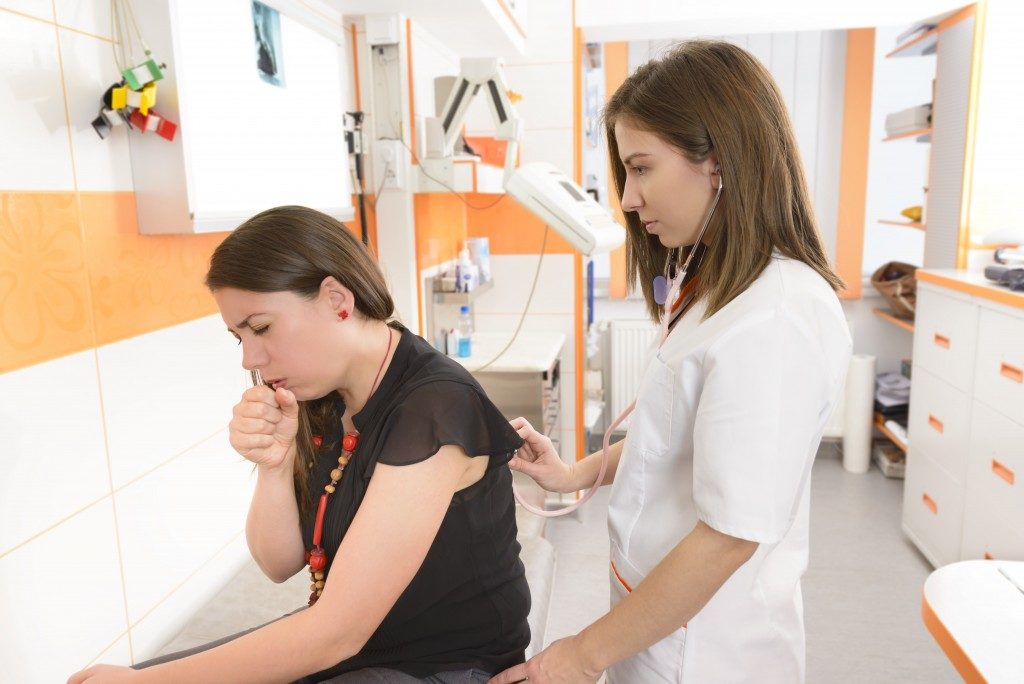 Many different issues, such as lung cancer or minor throat irritation, can result in an individual coughing up blood. Although you shouldn’t ignore this red flag, in most instances, it’s not serious or potentially fatal. When individuals have a strong or productive cough or respiratory condition, their airways can be become inflamed and irritated, making their sputum blood-tinged.

Hemoptysis is typically caused by COPD or chronic obstructive pulmonary disease, asthma, and mild respiratory conditions. But in some individuals, hemoptysis can be caused by more serious conditions. These include tuberculosis, pneumonia, bronchitis, bronchiectasis or lung cancer.

Specific medical procedures and tests like nasal surgery, spirometry, bronchoscopy, tonsillectomy, upper airway biopsy and laryngoscopy could come with adverse effects that result in hemoptysis as well. Other potentially life-threatening causes of hemoptysis that need immediate emergency treatment include the following:

Coughing up blood could either be an indication of a minor respiratory condition or a more severe one. But even if you get diagnosed with a minor condition, it’s a good idea to follow up with your doctor. More importantly, get emergency help as soon as possible.

Do this if you are persistently coughing up a very scary amount of blood and other serious symptoms like breathing difficulties or chest pain, or if you can’t stop the bleeding.