As an interesting area of orthodontics, aligners are one of the few treatments that lend themselves well to being performed at home. Certainly, nobody would attempt to apply a traditional brace to themselves! But with many aligner manufacturers now having dedicated apps for the diagnosis and treatment schedules that come along with aligners, mixed with the recent lockdowns, there has been a big uptake in the number of at-home orthodontic patients. But how does this compare to an aligner treatment carried out at a local dental clinic? And why do some invisible aligner companies like Invisalign, the longest running and best established clear aligner provider in the UK, insist that its products are supplied through local partners or dental clinics, issuing awards and perks based on treatment success rate?

Aligners have been around since the 1990s with the Invisalign brand being the provider established in the US which took things to the next level. Although there were a few earlier prototypes that you could describe as aligners dating back to the 1970s, there was no way of manufacturing these at scale or profitably. 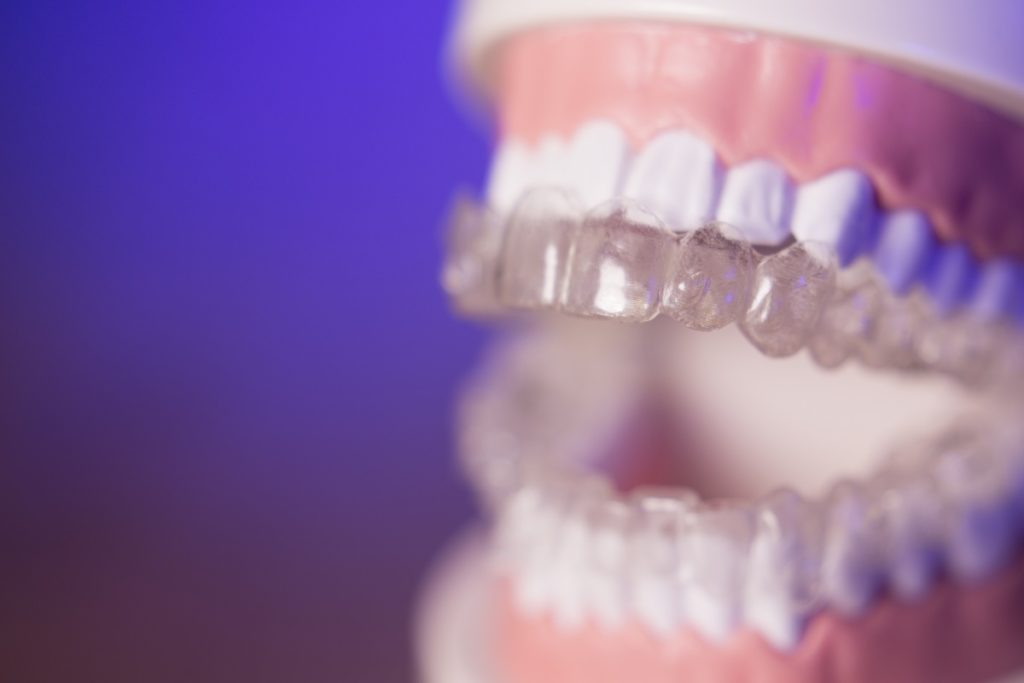 The world famous Invisalign’s real achievement was not in orthodontics or dentistry itself, but in manufacturing; the use of computer aided design, new technology in materials used and streamlining, made the process of manufacturing extremely personalised aligners on a profitable scale possible.

Early on in the process, they realised that aligners were not a silver bullet and would, like any tool, only be as effective as the craftsman wielding it. Also, with what was considered a relatively new and novel treatment procedure, invisible aligners had to try to prove themselves, which could only be done if they had consistent results. By restricting their products to dental surgeries like Invisalign Harley Street and supporting dental surgeries providing a higher than average success rate in orthodontic treatment with invisible aligner products, they ensured that their brand built credibility.

By motivating dentists to focus on quality treatment over sales giving awarded status and financial perks, they undoubtedly increased their overall sales potential whilst improving their quality. This turned out to be the correct decision, enabling Invisalign to establish itself as the market leader and growing the business.

Gaps in the orthodontic market

This left an obvious gap in the market that seemed only a matter of time until it was filled and come 2014 it certainly was, with a large collection of ‘direct to customer’ in the mail aligner manufacturers popping up with little or no infrastructure and no local dental support. They used online marketing and television advertising to introduce themselves directly to customers.

They engaged fully in teledentistry by using cameras and photos to carry out the diagnosis of patients, before sending out home dental mould kits. This style of orthodontic care has been controversial and led to the British Orthodontic Society condemning it, as the error rate caused by attempting to carry out dentistry in this way, mixed with the high chance of at-home dental moulds becoming warped or misused, led to a dramatic reduction in the effectiveness of the clear aligners used. This led them to issuing a statement, only approving orthodontic treatment with clear aligners under the direct supervision of a fully qualified dentist.

All Posts »
PrevPreviousIn search of a dentist in Soho?
NextA Guide to Good Health for the Whole FamilyNext
Medical News