Battle of the Chromosomes: Why Women Live Longer Than Men

Based on new studies, your life expectancy may have been pre-determined even before you were born – specifically, the moment you were assigned a sex.

“Women live longer than men.” It’s not necessarily true for all men and women around the world, nor was it always the case. In the past, when patriarchal standards were in place as early as the 19th century, it was acceptable for some cultures such as the Chinese culture for female infanticide, which is the practice of killing a child if it were born a female. Because of early childbirth practices, it was also more common for women to die due to childbirth complications that could be solved in the present thanks to modern medicine.

Despite women’s setbacks in the past, though, based on statistics, women have begun to outlive men over time. This may be due to the new cultural practices, new modern medicine, and the various life-threatening or life-improving practices men or women are more likely to practice. However, that’s not to say that women are destined to live healthier lifestyles more than men are. It also has something to do with the genes you’re born with.

According to biological research, while a person’s lifespan is based on several factors, a huge part of what determines how long a person lives is based on their genes. And in this case, women appear to have the biological advantage. 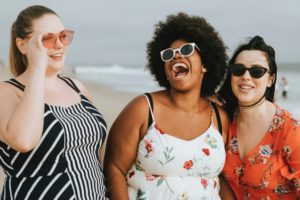 You get one chromosome from each parent, and your children will inherit one of your chromosomes. These chromosomes can be best described as a set of codes telling your body how it will develop. It’s why you might notice family members look alike, since they’re sharing similar chromosomes that determine visually distinguishable features such as hair and eye color.

Apart from physical features, your chromosomes also determine genetic diseases such as diabetes and cancer. This is where the term “genetic lottery” becomes a serious health problem that goes beyond getting lucky and being born with a pretty face. You may not know it, but right now you might be carrying a gene coded to make you physically or mentally stunted or even give you a lifelong disease with no cure that will leave you helpless and dependent your whole life.

But you’re not experiencing any of these because these are rare recessive genes. If one parent gave you a cystic fibrosis gene, your other parent’s healthy dominant genes will keep you safe and healthy. And if you look at the odds at play in any given genetic lottery, women have a much safer hand to play compared to those who were born male.

Your parents’ egg and sperm cell carry copies of your parents’ chromosomes, which then bind during fertilization. The X chromosomes carry hundreds of protein-encoding genes that help in developing what would become your body. The Y chromosome on the other hand – the ½ chromosome all males inherit from their father – although not as capable of carrying genes, has the unique gene that creates a male fetus. 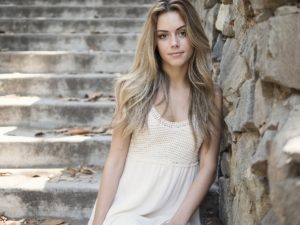 For a long time, people have chalked up women living longer than men as a coincidence, but research from the University of California, San Francisco found that an XX-paired chromosome has more genes that can extend a woman’s lifespan.

What does this mean for women? According to the researcher, it means that as women age, the defects coded into our body are less likely to show itself in an early age because it has a backup set of genes to protect us. Only once we reach a certain age, when cells are dying at a faster rate, do we begin to see the defects produced by our gene pool.

Just Look at the Stats

While this is only just one study showing the link between chromosomes and longevity, the findings may be tied to the evidence you see in statistics. Once you take away childbirth complications, female infanticide, and other treatment and practices in culture that have caused women to die early, women were suddenly surpassing men’s life expectancy. 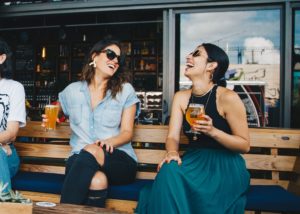 In Sweden, which carries accurate statistics in its population, by the 1800’s, women had a 5% higher life expectancy than men. This was regardless of behavioral practices such as if men or women smoked, drank, or ate themselves into an early grave. But if you look at Russia’s records, it showed that men were more likely to drink heavier than women because men’s bodies had a higher alcohol tolerance level since they generally had bigger bodies.

Research suggests that women are destined to live longer than men due to their chromosomes. However, while science and statistics seem to agree that women live longer, this is no assurance that a woman will outlive all men within similar age, lifestyle, and circumstances. Only a healthy lifestyle and avoiding dangerous, life-threatening practices are the highly likely ways both men and women can avoid an early grave.