Contact sports expose recreational players and professional athletes to different sorts of injury. In the US, 30 million children engage in some form of sport, and there are about 3.5 million injuries every year, with sprains and strains being the most common.

Johns Hopkins Medicine explains that children are more likely to suffer from sports injuries compared to adults because their bodies are still in the process of maturing, so their coordination may not be as developed.

Although they know how to adequately condition their bodies and prep for the physical strain of sports, professional athletes still suffer from injuries whenever they train or compete. According to the Bureau of Labor Statistics, there are more than 2,000 injuries per 10,000 players.

One of the most feared injuries among pro players, especially those in high-intensity sports, like basketball, football, and soccer, is the tearing of the anterior cruciate ligament or ACL. ACL tearing is one of the most common knee injuries among athletes, with 150,000 ACL cases happening each year. Some of the famous athletes who tore their ACL in the middle of a game are Derrick Rose, Terrell Davis, and Bernard King.

How is the ACL torn?

The ACL is one of the four ligaments that support the knee. It allows the knees to move properly and fluidly when rotating or pivoting. The ACL also prevents the knee from hyperextending, thus avoiding sprains and strains.

Although ACL tearing is prevalent among contact sports players, the injury itself typically occurs without contact. When an athlete plants his foot on the ground and crossovers or pivots quickly, the ACL may not handle the force of the action. When this happens, the ACL tears and the knees buckle. It can also tear when the player hyperextends his or her knees while landing from a jump.

An ACL injury causes a lot of pain and swelling to the knee. Some people who experienced it often say that they heard or felt a pop when the incident happened.

A sports medicine physician or physical therapist will perform a series of tests on the affected knee to determine if the ACL has been torn. They will assess the knee’s looseness and movement compared to the unharmed one through a Lachman’s test, pivot shift test, and anterior drawer test. Other doctors, like orthopedic surgeon Dr. Carlson, uses the knee scope, which looks inside a patient’s knee through a small incision and a small camera.

If the medical professional confirms that the ACL is torn, the patient may have to undergo ACL reconstruction. The surgeon will remove the torn ligament and replace it with a tendon from the patient’s body or from a donor.

The doctor will create incisions around the kneecap to insert the tissue graft. Then, he or she will drill tunnels in the bone to place the new tendon in the position of the torn ACL. The surgeon secures the new ligament with screws or other devices. As the incision heals, the bone tunnels fill in and the new ligament holds its place. 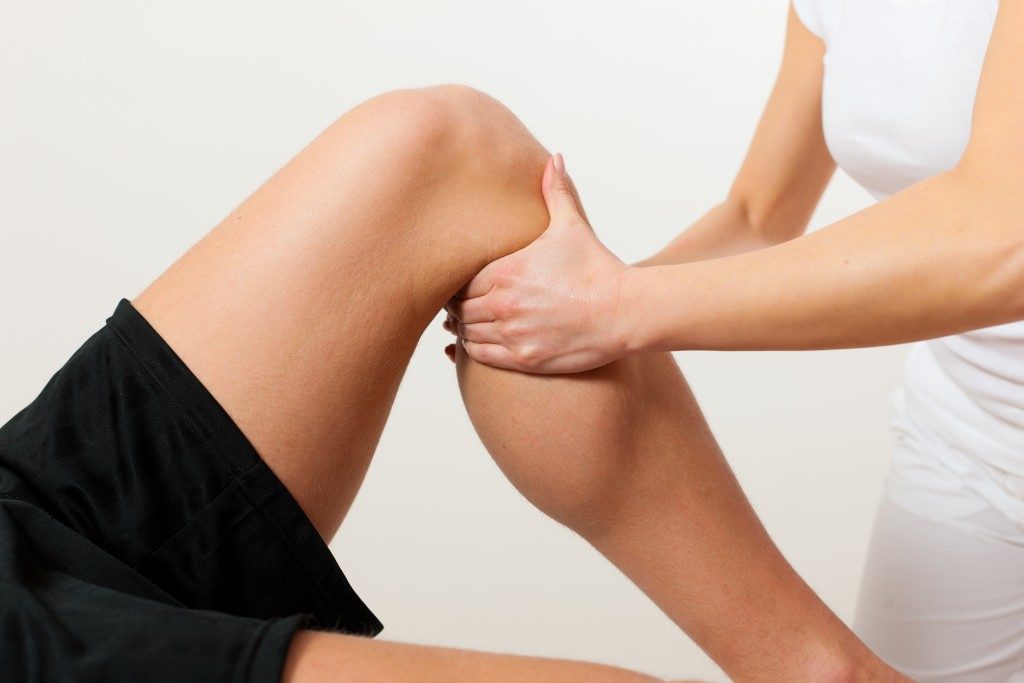 After the operation, the patient needs to wear a knee brace or use a crutch for at least a month. He or she will also undergo post-surgery physical therapy for four to six months to regain motion, strength, and control on the knees and thighs. Depending on the severity of the injury and the rate of recovery, the patient may return to his or her sport after about a year of rehabilitation.

An ACL injury is commonly feared among sports players, especially since it has ended the careers of some professional athletes. But with proper treatment and therapy, and skilled medical professionals, patients with torn ACLs may go back to playing their beloved sports.

Graduate student. Part-time teaching assistant and researcher for her university’s women’s studies department. Editor of Women’s Health Blog.
All Posts »
PrevPreviousFitness Brands are Jockeying Their Way Into Fashion
NextSigns of Diabetes: What to Look Out ForNext
Medical News